We are excited to share that our project was approved during a council meeting in mid-July and will be moving forward.

Rezoning and DP application submitted to the City of Victoria

Official Community Association Land Use Committee (CALUC) meeting will be held to present the proposed design for comments. It will be at the Cook Street Village Activity Center from 7:30 – 9:00 pm. In advance of the meeting we have uploaded the presentation here: Dec 7, 2017 CALUC Presentation

Aragon and Cascadia would like to recognize that the Cook Street Village Area sits on the traditional territory of the Lekwungen People. At this community meeting the Aragon and Cascadia Architecture presented a proposed building design which attempts to address all the feedback collected at community meetings, from email feedback and from the Planning Department at the City of Victoria. As Farifield Neighbourhood Plan Draft Plan has recently been published, the team also used the design guidelines to from the Cook Street Village portion of the plan to create the new design. The site sits in between two zones of the Official Community Plan (OCP), the west portion of the site is in the “Urban Residential” area of the OCP which allows for an up to 2.0 Floor Area Ratio (FAR) and up to 6 stories, and the East portion of the site sits in the “Large Urban Village” area of the OCP and allows for up to 2.5 FAR and up to 6 Stories. The proposed building conforms to these restrictions and addresses the new restrictions of the Draft area plan. The Draft plan calls for a maximum of 4 stories and a height of 13.5m. The design presented is 4 stories on the East portion of the site, which sits in the “Cook Street Village” and 4 stories + a mezzanine level on the west portion of the site. The reasoning for the mezzanine level is it allows the building to be pulled an additional 6 feet away from the Cook Street Activity Center building at the top floor, giving more space, light and privacy to the neighbours. The mezzanine level will not be easily seen from the street, as demonstrated by the photos provided, and is not defined as a story by the City of Victoria according to the planning department. Other features of the building include: 46 residential units 3 commercial units 73 Below grade parking stalls & 8 above grade parking stalls 60 underground locked underground bike stalls with additional bike parking at grade Townhome style units on the ground floor A stepped back 4th level Several family sized 3 bedroom suites Street landscaping with seating, greenery and rain gardens Setbacks consistent with neighbours (51′ at 4th floor separation from Cook St Activity Center building) Building shaped to accommodate Chestnut tree branches and roots The use of brick, wood and stone materials on the facade Extensive shadow studies and design rational were presented to those included and will be presented again, along with a further updated design at the CALUC meeting on December 7th. Some of the comments we heard from the community at this meeting included: Some people like the design of the building with the mezzanine which respects of the people in the Cook Street Village Activity Center Some people would like to see the entire building respect the 13.5m height outlined in the Draft Local Area Plan Positive comments regarding the landscaping but would need confirmation from city about location of bike lanes Like townhome style units on ground floor Careful planning of entrance to parking, truck loading/unloading space and garbage pick up should be addressed Careful attention to the Chestnut Trees during design and construction is important

The main area of focus at the Community Meeting held October 26th, were the 4 and 5 storey design concepts of the building. A presentation was given, similar to the meeting on October 12th. In addition, the new landscape Architect, Murdoch de Graff, presented some preliminary design concepts, integrating the chestnut trees, maximizing green space, and creating space both on our site and in the public realm for people to enjoy. Some sketches are included in the photos above. After the presentation the meeting was opened up to a “town hall style” with attendees asking questions and offering comments on the building design. Some of the feedback received from the public included: There was a split in support between a 4 and 5 storey options, with several people speaking for the 5 storey design and several people speaking against going above 4 storeys. Supporters of the 5 storey option felt the building had better proportions, like the look of the building stepping back on the 5th floor and liked the reduced footprint on the site, which allowed for greater setbacks, in particular between the proposed building and the Cook Street Activity Center Building. Supporters of the 4 storey building felt the village loses some of its “intimate” appeal by going higher than 4 storeys, and have concerns about the height in the village continuing to increase. There were also concerns about additional shading and loss of views of the residents. There were several comments highlighting the importance of the perseverance of the Chestnut trees on Cook street and concentrating on how these would be incorporated into the design. There were several positive comments regarding the green roof space on top of the commercial canopy on the ground floor. There were a few requests for further shading studies to be completed at both the equinox and solstice. Several people would like to see additional green space/gardens on the roof of the building. There were several positive comments about the introduction of benches and other landscaped places in the public realm but highlighted that this should be verified with the city as to not impact future bike lanes. There are new design guidelines for the Cook Street Village which address height, setbacks etc. and should be carefully adhered to in further designs.

The intention of the second community meeting was to present further development of the project and discuss how comments from the first meeting were addressed in the design progress. Some of the updates to the building included moving the buildings forward to create more setbacks from the Cook Street Activity Center Building, moving the green space from Pendergast Street to the corner, and a reduction in the amount of FSR from 2.5 to 2.2. The architects have also presented 3 different styles for the building, from which feedback was also welcomed. The four storey design attempts to incorporate some of the ‘eclectic’ feel of the Cook Street Village by mixing balcony screens, window placement and an outdoor spiral staircase to the rooftop patios. The five storey design intends to break up the corner building with commercial, from the pure residential building on Pendergast by introducing 2 level townhomes and stepping back the 5th floor. The six storey design uses curved edges as part of the architectural expression, with a large setback on the 6th floor. Some Feedback we heard from the Community Meeting: Mail-outs were not an effective way of communicating community meeting, email blast, advertising posting on bulletins in community should be done to engage public. Like rooftop patios on 4 storey option, planting and gardens preferred. Green space is important to the community. 4 storey option is most modern but some find appearance too boxy. All options show better distance from Cook Street Activity Center building but further separation would allow more privacy for both buildings. Mixed comments on curves of 6 storey curvy style. Most people prefer 4 storey height option, while others believe the 5 storey option with larger setbacks and makes for a better project More shadow studies of 3 options should be shown. Prefer 2 & 3 bedroom units.

The intention of the first meeting was to introduce the site and preliminary proposal to the community and discuss 3 different massing models at 2.5 Floor Space Ratio (FSR). Each of these 3 models would contain 4000-6000 ft2 of commercial space, fronting Cook Street, with condos above and townhomes on Pendergast Street. The discussion was centered around the 3 models: The four storey mass which would have limited setbacks from the street and the building behind. A five storey options which would step back at the 5th floor and create more room at the street level and between adjacent buildings. As well as a six storey option which would bring more green space to the frontage along Pendergast Street. We encouraged the attendees to provide feedback about what makes Cook Street Village unique as well as their impression of what would work with this site. Some Feedback we heard from the First Community Meeting: Cook Street village character is important and should be maintained. More traditional materials like brick and wood are more appropriate than steel and glass. Some feel strongly that buildings should be 4 stories maximum, others open to higher buildings if the design is good. The project needs to demonstrate a meaningful contribution to the community. Unit sizes should be varied and not too small. Local businesses should be given priority in retail. Traffic and parking are important. Community needs to be provided time to digest proposals and provide feedback. 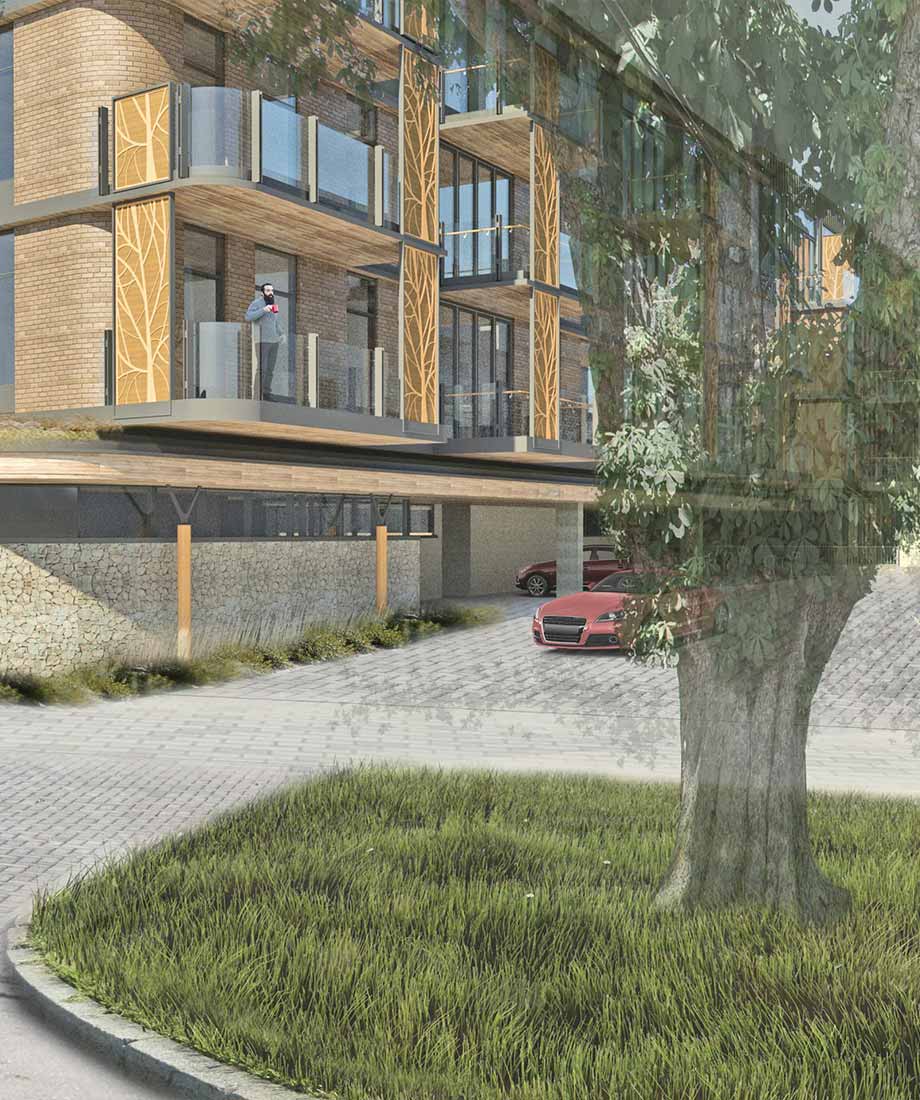 Another Live Forward community is coming to the heart of Victoria’s vibrant Cook Street Village at Cook and Pendergast. More details will be released as they become available. To receive updates, please register below.